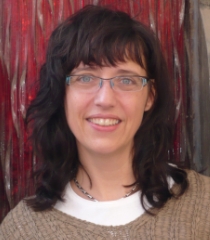 Professor Otis received her B.A. in Political Science from U.C. Berkeley, an M.A. in East Asian Studies from U.C. Santa Barbara, and an M.A,. as well as Ph.D., in Sociology from U.C. Davis. She served as a Postdoctoral Fellow at the Harvard University Fairbank Center. Before coming to the University of Oregon, she was Assistant Professor of Sociology at SUNY Stony Brook. Her scholarship examines the gender, class and ethnic politics of new labor practices within China's emergent urban service sector. Her book, titled  Markets and Bodies: Women, Service Work and the Making of Inequality in China (Stanford University Press 2011) examines the organizational processes that transform resource inequalities into interactive hierarchies – unequal flows of attention, deference, kindness, and assistance between customers and female workers – in different service workplaces. Based on comparative ethnographies in the formal and informal consumer service sectors of two cities, the book illuminates the linkage between diverse regional markets for consumer services to new labor practices that focus on cultivating women workers' bodies. Professor Otis has also published in the American Sociological Review,  American Behavioral Scientist, Qualitative Sociology, Politics and Society, and Contemporary Sociology. Her research has been recognized with awards from the Asia/Asian-American and the Sex and Gender sections of the American Sociological Association and from Sociologists for Women in Society.

Professor Eileen Otis's new book Markets and Bodies was quoted in an article in The Atlantic on service workers in China.