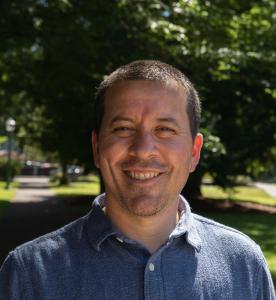 Professor Liévanos earned his A.A. in Liberal Arts from Allan Hancock College (2002); his B.A. in Sociology from Fresno State University (2004); and his M.A. in Sociology (2007), graduate certification in Air Quality and Health (2010), and Ph.D. in Sociology (2013) at the University of California, Davis. Previously, he lectured in the Center for Public Policy and in the Department of Culture and Communication at Drexel University (2011-2013), and he was an Assistant Professor of Sociology at Washington State University (2013-2016). At the University of Oregon, he is an Assistant Professor in the Department of Sociology (2016-present) and participating faculty in the Environmental Studies Program (2017-present). He maintains a regional affiliation with the University of Washington Center for Studies in Demography and Ecology (2014-present). He also serves in the American Sociological Association Section on Environmental Sociology as a member of the Ad Hoc Committee on Racial Equity (2017-present) and as elected chair of the Membership Committee (2019-2021).

His research focuses primarily on the organizational, institutional, demographic, and spatial dynamics of environmental and housing market inequalities and on the social movements and policy processes that attempt to address such inequalities in the United States. These interests are reflected in his ongoing projects on (1) relational and intersectional approaches to studying various forms of inequality, (2) cumulative pollution burden, (3) energy injustice and unequal resilience in the electrical grid, and (4) the political and technoscientific aspects of environmental justice policy development and implementation. His general interests are also evident in newer projects on (1) the "socio-nature" of real estate markets; (2) the sociospatial dimensions of food insecurity, climate injustice, and the 2007-2008 housing crisis; and (3) the use of big data to monitor community mobilizations around emergent environmental health threats.