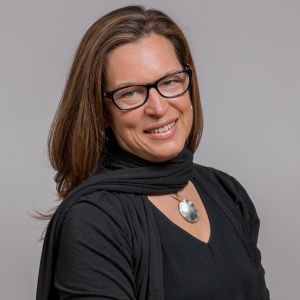 CJ Pascoe is an Associate Professor of Sociology at the University of Oregon where she teaches courses on sexuality, masculinity, social psychology, and gender. Her current research focuses on masculinity, youth, homophobia, sexuality and new media.

Her book, Dude, You’re  a Fag:  Masculinity and Sexuality in High School, won the American Educational Research Association’s 2007 Book of the Year Award as well as an honorable mention for the American Sociological Association's Section on Sex and Gender’s Distinguished Book Award. Dude documents the relationship between homophobic harassment, heterosexism and masculinity in high school.  In it CJ suggests ways we might begin to redefine gender norms that are damaging to both boys and girls.

Before coming to University of Oregon, CJ taught at Colorado College. Previous to her time in Colorado, CJ spent two years working with the Digital Youth Project, part of the MacArthur Foundation’s initiative in learning and new media.  Along with her co-researchers and under the guidance of Mimi Ito, CJ co-authored Hanging Out, Messing Around and Geeking Out:  Living and Learning with New Media, the largest qualitative study of youth new media use to date.

CJ’s research has been featured in the New York Times, The Wall Street Journal, The Toronto Globe and Mail, American Sexuality Magazine and Inside Higher Ed.  She has appeared in the Frontline documentary Growing Up Online as well as on National Public Radio’s All Things Considered.

CJ is currently working on three projects: conducting fieldwork for her new book on youth cultures,  examining homophobia in online spaces, interviewing GLBTQ young people about their life experiences, as well as writing about contemporary shifts in definitions and understandings of masculinity and homophobia.